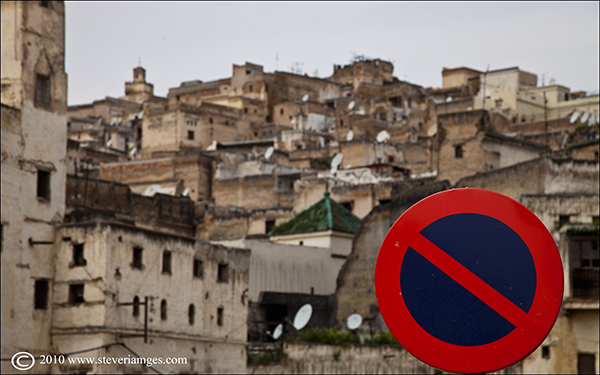 Chefchouan an interesting town set in the Rif mountains and historically fiercely independent. In fact, until 1920, when a Spanish force entered here, apparently only three westeners had ever previously visited the town -one was poisoned, another lasted an hour and the third escaped by the skin of his teeth. Now, however, the town is noticable for the number of satellite dishes on the rooftops and many western programmes are shown on MoroccanTV. Photo © copyright by Steve Reynolds.